Simplicity and Trust- He, who is contented, is rich

The retired, old teacher, Mr. Satish Kumar, went to a bank to collect his pension. He was patiently moving - starting at one window then onto the next, completing all the necessary formalities. He stood steadfast in line, awaiting his turn. A newly appointed manager was supposed to join the bank that same day. No sooner did he arrive than he began with his rounds to check the working of the bank. During his rounds, he glanced at the old man. The manager returned to his cabin and called for Mr. Kumar. The elderly person was clueless. Filled with anxiety, he went to the manager's room and asked him the reason for being summoned. 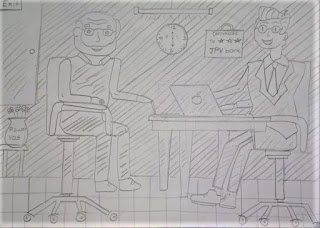 The manager ushered the elderly man inside and  bowed to him. He further said that he would not have been there if the teacher had not shielded him for stealing, driven as he was by peer pressure. Mr. Satish Kumar couldn't recall anything and thus, he requested the manager to introduce himself.

At that point the manager answered that he was Tony. When he was in grade 6, he stole an expensive watch of his classmate, Ajay during the break. When the teacher entered the class, he found Ajay restless as he was looking for his watch. The teacher intervened and requested  everybody to close their eyes. Meanwhile, he stood near every boy, and searched their jackets for the watch. When the teacher came close to Tony, the boy was frightened of being caught and accused as a thief. He had not closed his eyes and Mr. Kumar understood. The teacher simply took away the watch from Tony's pocket and kept it on the study hall table without anybody's knowledge. He trusted Tony to change and realize his mistake. His simple pardon of Tony, without judgement, would bear fruit one day. 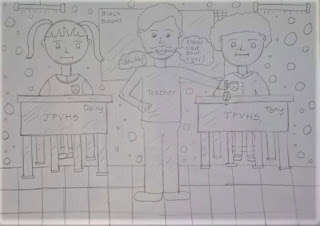 Now, when Tony saw the same teacher, who had saved his social standing all those years ago, he expressed his heartfelt gratitude to him. Mr. Kumar had given him the opportunity to realize his true self without bringing down his confidence and self-esteem. The approach of the teacher to guide Tony helped him to take the right path in his life.