What is freedom? Every living being on this Earth has a different approach to 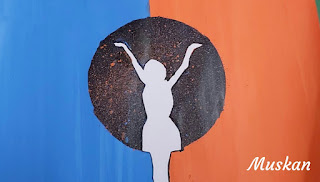 freedom. For a bird it would be to fly high in the blue sky, for a cow or a dog it would be to roam around freely and not just to stick to the rope, for an elephant or a lion it would be to roam freely in the jungle and not to perform in a circus. But for a human being, there are different aspects of freedom. Well, these boundaries of freedom are developed and accepted by societies themselves.
For a boy hanging around with his friends late in the night is no big deal instead it would be a restriction in the freedom of a girl if not allowed to do so. So who should we blame in this situation, is it the girl who is born with the female gender instead of male, or it should be the parents who are restricting the child? It’s the idea which generates in one’s mind to destroy the freedom of others just to satisfy their own freedom. For all the incidents taking place in this era, might it be kidnapping, rapes, etc, are due to these reasons.
Instead of blaming anyone, we should find solutions and ways to deal with it. So I would conclude that freedom is when you have the right to do anything which would not violate the freedom of others and would help for the betterment of society. And when there is freedom for everyone I am sure there will be equality, happiness and peace in our lives. So you will see “Freedom” is interlocked with “Peace”, i.e, where there is freedom there is peace. It is applicable in every home, society and country. This reminds me of a famous quote:“You can’t separate peace from freedom because no one can be at peace unless he has his freedom.”
Prerna Rathod The Fabindia School prd@fabindiaschools.in