To find yourself, think for yourself
Standing at the balcony of her bungalow, Rachna’s eyes were strained because she had been searching for a streak of light in this darkness but scarcely could she perceive anything or any ray of hope.

She raised her only child with an expectation that he would also become a physician like his parents. Alas! It was not going to happen like this.

It was stormy weather, relentlessly raining outside; sometimes the sound of thunderstorm frightened her, she sensed that it crawled inside her. She knew that the bond with parent and child is always incredibly strong, and unfortunately, we often have the most tension with those whom we love and care for the most. How do lots of conflicts exist between parent and child, even once those children have grown to adults? These conflicts can cause much stress and unhappiness, where the child feels unaccepted or never good enough for the parent's standards. Usually, there are many misconceptions, as parents often want the best for their children. Regardless, misunderstandings can lead to conflict nothing else.

Raj's parents were surgeons and they also wished that he should also follow them. But how could it have happened when he had different passions and goal in his life? They had to accept and understand his perspectives and his point of views. He was really upset about the incident happened last night.

“I am going to take admission in humanities”, suddenly Raj spoke with firmness while eating his dinner attentively. He knew what would be the next question of his mother, so he was ready with
his answer.

“Why?” Rachna could not suppress her emotion; looked at him anxiously.
“I want to be an arts graduate.” Raj was more rigid in uttering those words.
Rachna was well acquainted with the nature of her child. Once he determined to do something, he would do at all cost.

“What would be your future, then?” her voice shivered thinking of his uncertain life.

“Don’t worry, I will prove myself. I spoke to my teacher today. She appreciated me a lot and accepted my views which strengthened my confidence,” taking a sip in a glass, he continued, “Now, you allow me to do so.”

Rachna stared at his father, munching the last delicacy insatiably, who was always clueless, never liked to do any kind of interference in someone’s life.

“See Raj, you are brought up as a free thinker, you are free now also to choose your own way….” Rachna felt a sense of helplessness as it was unexpected; hardly had she thought her child would choose humanities. Undoubtedly, Raj made his parents stunned.

Raj’s result of grade X was about to be declared. He was the only son of his parents who were the famous surgeons of the city. They had obviously a dream about their son to be a successful doctor.
After this statement of Raj, the parents had to spend a few sleepless nights.

But finally, they decided to give Raj his freedom of choice of career after discussing with him his future plans. 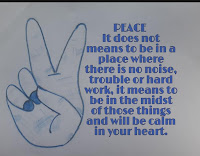 Currently, Raj is a dedicated IPS officer honestly performing his duties. He is very much satisfied with what he is doing today.

His parents rightly have their peace of mind that they allowed their son to live his life in his own way at the cost of their noble desire.
It's true that education can develop one's mind to think freely and that kind of freedom in and of itself is invaluable. All this can be developed when students approach their studies freely, can think rationally without fear of future or greed of some kind. So freedom for a student means freedom from fear, greed, weaknesses and 100% attention on developing long-term skills.