Peace cannot be kept by force, it can only be achieved by understanding. - Albert Einstein 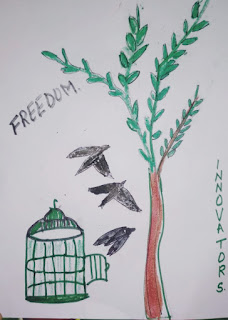 In a class of forty students, Jia always stood out from the rest as she was far ahead of her classmates in regards to academics. She would always keep herself immersed in books as if she had no other friends. She was excellent in her performances in all the subjects. She had hoards of knowledge on any topic as she was a voracious reader. Only one thing made her shrink into her cocoon and that was if she was asked to speak or give vent to her thoughts. She would shy away from that within seconds….never wanting to speak up! This shying away into her shell worried her class teacher a lot. The teacher would always think about ways to make her express herself, most of the time wondering why such an exceptionally intelligent child would be cocooned in her shell! She decided to take one to one interactive session with her class so that she could make Jia speak up. As decided, she informed the class that they would have an interactive session on a particular day and that they should be ready to speak on something that they haven’t spoken to anyone else about. 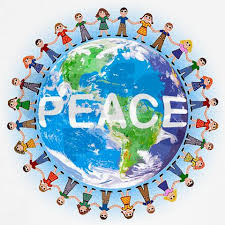 In the allotted class, the teacher was there on time as she had an agenda on her mind. Finally, it was Jia’s turn. This shy teenager somehow walked up to the teacher’s desk and sat on the chair with her head lowered. As the teacher gently asked her to speak on what she wanted to share, there were tears rolling down her cheeks…she very discreetly shared that her parents were never at peace with each other. After repeated nasty fights at home, they had finally decided to part ways She was extremely perplexed as to who she would be with….she wanted to be with both! The teacher comforted her as much as she could and explained that adults had the freedom to make their choices in life. Jia, while wiping away her tears, owned up to her teacher that she was feeling a lot relieved by being able to speak her heart out. She thanked her teacher. She suddenly felt that she was freed from the clutches of her sorrows and dilemmas. This day of opening her heart out to her teacher and her feeling of freedom from her brought her inexplicable peace! She slowly started mingling freely with her classmates and felt happy, free and at peace as would any other girl of her age.