Freedom and Peace - Peace of Mind Is the Freedom
“The only real prison is fear, and the only real freedom is freedom from fear.”
—Aung San Suu Kyi
"Peace brings with it so many positive emotions that it is worth aiming for in all circumstances." —Estella Eliot 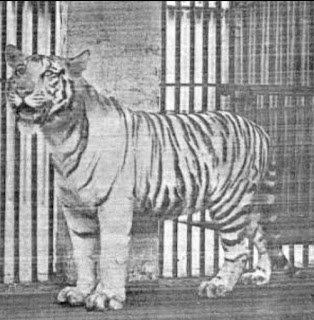 Once upon a time, there was a colourless tiger. All his shades were grey, blacks and whites. So much so, that he seemed like something out of an old black and white movie. His lack of colour had made him so famous that the world's greatest painters had come to his zoo to put some colour on him. This brought a lot of unrest in the tiger. He always wanted to return to the forest from where he was captivated. He was constantly seeking a peaceful life.

None of the painters succeeded, as the colours would always just drip down off his skin.
Then along came Van Cough the crazy painter. He was a strange guy who travelled all about, happily painting with his brush. Well, it would be more accurate to say that he moved his brush about as if to paint; because he never put any paint on his brush, and neither did he use canvas or paper. He painted the air, and that's why they called him Van Cough. So, when he said he wanted to paint the colourless tiger, everyone had a good laugh.

When entering the tiger's cage he began whispering in the animal's ear and moving his dry brush up and down the tiger's body. And to everyone's surprise, the tiger's skin started to take on colour, and these were the most vivid colours any tiger had ever had. Van Cough spent a long time whispering to the animal and making slight adjustments to his painting. The result was truly beautiful.
Everyone wanted to know what the painter's secret was. He explained to them that his brush was only good for painting real life, and that to do that he needed no colours. He had managed to paint the tiger using a phrase he kept whispering in its ear: "In just a few days you will be free again, you shall see."

And seeing how sad the tiger had been in his captivity, and how joyful the tiger now seemed at the prospect of freedom, the zoo authorities transported him to the forest and set him free, where never again would he lose his colour.

When the tiger returned to the forest he was at peace.

Freedom is nothing else but a chance to be better.- Albert Camus

"The life of inner peace, being harmonious and without stress, is the easiest type of existence.” —Norman Vincent Peale