Freedom is an innate right which humans have since birth. Freedom is not something that can be touched, seen, felt or reached. Freedom is the choice to live one’s life doing what one wants. It truly means giving equal opportunity to everyone for liberty and pursuit of happiness.

Freedom is something everyone strives to have, no matter who they are or where they are from. However, freedom is not always so easily granted or obtained. Throughout history, there have been many people who have used a variety of tactics in order to achieve their freedoms. Specifically, I would argue the most effective ways to achieve freedom are educating oneself and nonviolent protests. Freedom for the students means freedom from fear, greed, weaknesses and truly attention on developing long-term. It approaches their students freely, can think rationally without fear of future or greed of some kind.

The principle of academic freedom is derived from the notion of freedom of thoughts, which is a basic human right. It implies the freedom to teach and the freedom to learn, both of which are central to the proper functioning and purpose of higher education.

There is a common misconception that to be most effective at classroom management you have to be controlling. Without liberty, students aren’t truly learning or being educated, they are being conformed to a certain mode.

Education gives you the tools to be able to think and learn, liberty gives you the ability to find the truth. Liberty is basically freedom from restraint. However, it is not the freedom to do whatever you want, being irresponsible and denying basic truths and morals.


Abraham Lincoln, the president of the United States, once said, "Freedom is not the right to do what we want, but what we ought." Liberty gives you the ability to seek truth and progress in life. 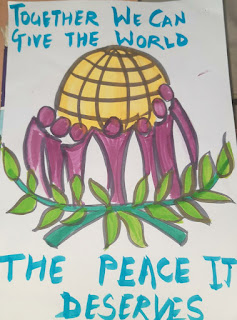 Looking at today’s scenario of locked down, one of my students commented
“I feel free “
No school
No homework
No rules
Wow I’m so free
I feel like a bird in the sky
This gave me thought when the school bell rings for break time is it the break bell or the freedom bell??


Freedom is something that we hold very dear to our hearts.
Then I thought I should remove fear from my classroom
May be children are having fear of homework assignment or tests or maybe anything.

The hardest thing about increasing freedom your students have is releasing some of your control as a teacher. By building relationships with my students will give both of us a healthy environment in the classroom. Giving them a free hand to do their work.

It is often said, "give your child roots of responsibility and wings of freedom". This will help with peace among all of us. So the next time that school bell rings what will be in the child’s mind is our responsibility and their freedom.

Freedom and peace are interconnected. Only a free mind can work in peace and create magic! We have various examples where when a child is freed from the necessary restrictions, he designs wonders. We can take the example of the great Nobel laureate Rabindranath Tagore who refused the traditional way of education. Little Rabi felt suffocated within the various limitations of a school. He consciously avoided classroom schooling and preferred to receive education from nature, from wise people and from circumstances. He went on to establish his own university Shantiniketan where he attempted to break barriers of Language, Culture, Race, Religion and Politics.

Inspired by the great poet one of our teammates tried to practice this in her classroom to the extent possible. Krishna was a dyslexic kid. He was special in more ways than one. He was a wonderful painter, musician and could create magic with technology. However, he hated examinations. The teacher decided to evaluate him in a different way. Instead of the regular examinations, she asked him to make a project on 'Wonders'. The child created a 4-minute video comprising of his paintings and added a background score composed by him. He did have some difficulty with vocabulary which he could easily overcome with the help of his teacher. The child's birthday was near and the teacher played it on that day in front of the entire class. His classmates were ecstatic. They felt so proud to have their own 'Ishaan Awasthi'. The child was overwhelmed with myriad emotions and discovered newfound confidence. The video was later played on the Annual Day and the boy received a standing ovation from the parents.

Our present system of education does not allow us to cultivate the power of thought and imagination. But we have to try to break boundaries within our limited means. The visionary in Rabindranath and the great educationist in him solved some of the present educational problems as far back as one hundred years. Some of the problems of modern education are attendance, copying or use of other unfair means and discipline. Tagore solved these problems in a noble way. Freedom in the class solved the problem of attendance, absence of invigilator solved the copying or use of unfair means. Thus Tagore's educational system is a great feat. 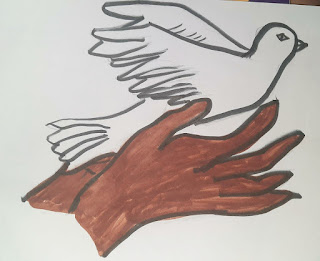 In a poem that expresses Tagore’s goals for unrestricted education, he writes:

Where the mind is without fear
and the head is held high,
Where knowledge is free;
Where the world has not been broken
up into fragments by narrow domestic
walls;
Where words come out from the
depth of truth;
Where tireless striving
stretches its arms towards
perfection;
Where the clear stream of reason
has not lost its way into the
dreary desert sand of dead habit;
Where the mind is led forward
by thee into ever-widening
thought and action–
Into that heaven of freedom,
my Father,
Let my country awake.

Promoting peace in the classroom is one of the most important things that we as teachers can do. By promoting peace, children will feel safe, adored, nurtured, and ready to learn. They will have the freedom to make mistakes and to try things that they did not think they were capable of. Peace teaches children to accept others, it teaches children to respect the work of their peers, and it teaches them to look beyond themselves and to think about others. A four-year study in schools situated in high crime neighbourhoods showed that focusing on creating an environment that felt safe and “violence-free” had significant impacts on behaviour incidents, school attendance, grades, graduation rates and perception of positive school climate.

We can create a peaceful environment by explicitly teaching positive communication strategies to build a collection of easily accessible skills. Create a space and emotional environment that will have a universal impact. And last but not the least, we can make them engage in activities that integrate strategies and develop peaceful habits of mind.