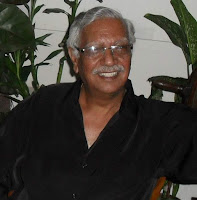 In all my years as a Principal and an educator, I have taken great care to make sure that educators at all levels are very sensitive and conscientious about fair play and justice. Children must be treated fairly, especially in their last two years in school when their efforts start to bear fruit in terms of leadership and talent.

The injustice of any kind is unacceptable, be it in the form of nepotism, favouritism, or sheer high handedness.

It is a pity when educators at all levels right from the top to the junior-most concerned, favour the undeserving and cause bitterness and frustration to the deserving ones.

Educators have to be very sensitive and thoughtful when it comes to school appointments and awards every year. The deserving must get their due. Ever so often even in the best of schools, injustice is done during the appointments of school prefects, sports and activities captains and nomination of awards for the Best Debater, Artist, Actor etc.

I remember at one of the schools I headed, the Best Artist’s prize had been awarded to a boy who was nowhere near the best. I  had to intervene and finally convince the Art Teacher that a girl in the same class was far more deserving. He agreed but said that the Founder’s Day list was already at the printer’s and it was too late, but I persisted. it was finally decided that the prize would be shared, saving the girl from bitterness and frustration. Had this not happened, she would have graduated with bitter memories of her school life.

This kind of injustice can be stopped by conscientious and sensitive educators. The worst kind of nepotism in a school is when staff members favour their own and when the educators try to please influential parents.

It is imperative for educators to realise the gravity of their decisions as such decisions leave lifelong feelings of bitterness and scars in the deserving ones, the ones who have been overlooked and their talents and competence ignored. Unfair decisions make the atmosphere of a school most toxic. It would be interesting if today's adults paused and asked themselves how they were treated in school or their experience of justice and injustice in their schooldays.

I am sure even today some of them nurse scars inflicted on them in their school life and the bitterness and frustration still linger. This too happens when Managements of schools overlook the deserving and appoint people in top positions, including  Principals, through nepotism, lack of advice or sheer ignorance and complacency. Many such appointments have changed the history of institutions.

Justice and Fair Play should be the hallmark of every school and institution for the security and happiness of its individuals. It should become the culture of all schools.

-Rajinder Pal Devgan
Chairperson Learning Forward India, over five decades of experience as an Educationist and having served as a School Leader for schools in India and overseas.