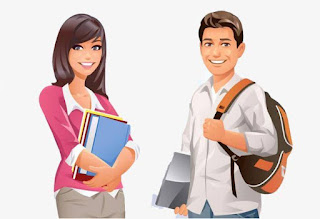 To Teach
Is to
Touch
Lives
Forever


Ms Patricia’s life always revolved around her connect with her students. She enjoyed each day laughing, enjoying, sharing her teaching and learning with her students. The new academic session had begun. She was given a middle school class this time. It was a big leap for her as she was a primary teacher. It was a challenge but she was ready for it.

The class had a blend of students. Smart, brilliant, artistic and creative learners. Ryan, a bright child but was very notorious. He was an energetic cricketer. Tall, good looking and always took pride in challenging any new teacher that would teach them. Not only his teachers but his family members too would yell at him for all the trouble he caused.  This time it was Ms Patricia that he decided to pick on. He displayed his arrogance on the first day itself. Ms Patricia did not take it seriously and ignored as they were all children for her.

In the few days that came, it was getting difficult for Ms Patricia as Ryan would disturb the class by asking questions not relevant to studies, making fun of his peers and trying to create chaos while the class would be on.

Ms.Patricia decided to speak to Ryan on a one-to-one basis. One day she told Ryan to stay back after school. Ryan was not worried about this. He waited. Ms Patricia sat in front of him. She did not speak for quite some time and just looked at Ryan. Ryan was confused not sure what was happening. He asked Ms Patricia about the reason for this meeting. He behaved as if nothing had happened.

Ryan was waiting for Ms Patricia to bellow harsh words on him as this is what all did to him. But to his utter shock and surprise, Ms Patricia smiled and took Ryan’s hand in hers. She had the school organizer in her hand that had pictures of Ryan and his performance. Ryan looked at them and looked back at Ms Patricia puzzled. Ms Patricia now came out with only a few words. “Why?”

She reminded Ryan of his qualities, the quality that not everyone had. She evoked his love and passion for his sport. Then why was he displaying a negative side which is not helping him but is ruining his image as a good sportsperson. Ryan was deeply touched and was speechless. He had nothing to say at all. For the first time, he felt truly ashamed of all his deeds.

Ms Patricia appreciated this good quality with all her heart. Ryan had tears in his eyes. He promised Ms Patricia that he will change for the better. He fell to Ms Patricia’s feet for the trust and love she showed to him instead of the harsh words which he was always gifted with.

From that day on, Ryan was a completely different individual and when he won his first Man of the Match in the cricket series, this time he requested Ms Patricia to come on the stage and give him his trophy.

Listen to the podcast
Love has the magic to bring out the true n good quality in a person.
The well-being of a mind depends on the quality of the thoughts.