"Quality is never an accident, it is always the result of high intention, sincere effort, intelligent   direction and skilful execution; it represents the wise choice of many alternatives." - William A.Foster

Once, there was a boy named Kushal who studied in Grade 8. He was very loud and

notorious child. He never listened to any of his teachers nor did he listen to his parents. Everyone was fed up with him. Everybody also thought that he was worthless but, his art teacher knew his plus points. He could draw beautifully. He could do watercolour paintings better than anyone else in the school. This was just one of his qualities. He also knew how to write beautiful poems and letters and essays. Nobody knew about these qualities of his but his art teacher knew about those because one day she had seen him writing a poem and had read it in secret without telling him. She had actually loved reading it. And in case of his paintings, she was the one who inspected those. So, she took an oath, to make him a boy as good as qualities. Once, in the art class, she announced that there was going to be an art exhibition. Each one had to contribute watercolour paintings to the exhibition along with a piece of their own writing. 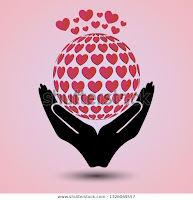 They also had to be on their best behaviour. Everybody started laughing as soon as the latter was announced. They were laughing at Kushal. They thought that being on best behaviour was impossible for him. He accepted this tease with a smiling and grinning face but in his heart of hearts, he felt very bad. He thought that his naughtiness had resulted in him being made fun of. He took an oath to be the best-behaved child in the class. He also decided to show his qualities to the whole school. He wrote a very thoughtful poem for the occasion and drew a mind-blowing picture in connection to his poem.

When the great day finally arrived, he was very tensed about his drawing and poem. He thought they were not good enough. But to his surprise, the chief guest started to call out the names of the people who had ranked in the exhibition and had the best behaviour throughout the programme backwards. He was just erasing the possibility of his coming first when his name was called out in the first position! He could not believe his ears nor could his classmates believe what was said. But, his art teacher was very happy for him. She had hoped from within that he would get the first prize. After the award ceremony, his art teacher called him aside and told him that if he could nurture his qualities with love and care and if he would fix his behaviour like he had done that day, he would go a long way in life. He completely understood what his teacher was saying and vowed to listen to her. He became the most polite child and everybody in the school knew him by his works from that day onwards.