"The quality of a person's life is in direct proportion to their commitment to excellence, regardless of their chosen field of endeavour."-Vince Lombardi


Quality education nurtures a love for learning and in turns earns quality life,

Tom is a renowned stage artist. It wasn’t so easy for him to act on stage. During his school days, Tom was not academically good and also stammered in front of all his classmates. He was commonly referred to as dumb by his classmates.  To add to his problems his brother, Harry was very bright and gifted and is too actively participate in all inter-school competitions and was well known in school. As usual, Harry was elected for a major role in drama and Tom was asked to be backstage during rehearsals. 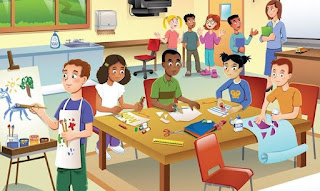 In speech and drama class, Mrs Rita, their new teacher was directing students to act and deliver dialogues for the competition while Tom was standing aside and enacting and delivering the dialogues with students during their rehearsal. Tom, was continuously observed by Mrs Rita.
Mrs Rita asked him to come up and say the dialogue and act. But Tom refused and said that he couldn't. "Of course you can," Mrs. Rita responded encouragingly. "Young man, come up here; speak and act for me."
“But I can’t “insisted Tom and said “I am misfit for everything.”

At that point, Mrs Rita stepped out from her desk and looked at Tom straight in his eyes.
"Don't ever say that again," she told him firmly. "Someone else's opinion of you does not have to become your reality. “This words of Mrs Rita echoed in Tom’s ears and helped Tom regain his confidence.

Not only did Mrs Rita encouraged Tom to participate in drama but also helped him overcome his stage fear. Tom won the best actor award and also a lot of laurels for his school.
Tom never forgot those words of Mrs Rita and spent the rest of his life overcoming incredible odds and pursuing his goals with intense passion. 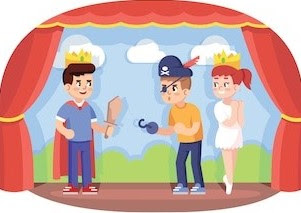 Time and time again, thanks to Mrs Rita, that one teacher's powerful revelation, Tom has lived the phrase and now a national awardee for stage shows.

Go confidently in the direction of your dreams
And live the life you have imagined.

Remember that quality of life is determined by the quality of thoughts.

"You are the finest, loveliest, tenderest and most beautiful person I have ever known and even that is an understatement."-F. Scott Fitzgerald