The World Population Day 2019 is a United Nations' initiative. It is celebrated on the 11th of 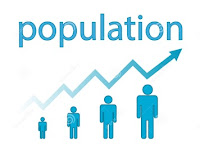 July every year. This day aims at spreading awareness about the increasing world population and the importance of reproductive health.

It is also the celebration of awareness; one which tries to get people to know and learn about population issues. Population issues include things like family planning, human rights, right to health, the baby's health, gender equality, child marriage, use of contraceptives, sex education, knowledge about the sexually transmitted diseases, etc. Increase in Population should be one of the leading concerns for countries like India and China. World Population Day 2018 observes the theme, "Family planning is a human right." For the first time, this day was celebrated in the year 1989.

The Governing Council of the United Nations' Development Program initiated this due to the population toll in the year 1987. It had already crossed the 5 billion. So the exploding world population had indeed become a serious cause of concern. Therefore, this day was initiated to combat the issue of the growing population and raise awareness among the public about the same. World Population Day, on a vast scale, focuses on the need and importance of controlling the increasing world population.