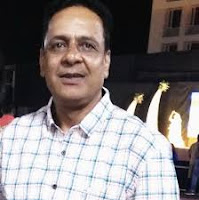 Hiroshima Day 2020 - On 6 August 2020, Hiroshima Day is observed to mark the atomic bomb attack on Hiroshima and Nagasaki in Japan by the United States of America. The day aims to promote peace politics against the war. Hiroshima day aims to raise awareness about the threat of nuclear weapons and the dangers of nuclear energy used for the destruction of mankind.

On 6th August 1945, more than 9,000-pound Uranium-235 bomb was loaded on a modified B-29 bomber, dropping the world’s first atomic bomb over the Japanese city of Hiroshima. This happened during World War II, that is, 1939-45. The explosion wiped out 90% of the city. It immediately killed 70,000 people and tens of thousands later died due to exposure to nuclear radiations. The bombings ended the Second World War. After 3-days, on 9 August, a second nuclear bomb was dropped on Nagasaki. The second bombing killed an estimated 40,000 people. The then Japan's Emperor Hirohito announced Japan’s unconditional surrender in World War II on 15th August citing the devastating power of a new and most cruel bomb.

During the Second World War Japan was against the United States America and its allies like Britain and the Soviet Union. The allies were winning the war and Japan was pushed back from several locations. During the war, several soldiers used to die every day and Japan had been at war for so many years. Later, Japan and China teamed up and attacked America. The then President of the US Harry S Truman wanted to surrender Japanese soldiers as quickly as possible and save lives. He permitted the nuclear bombing with a view that the Japanese will surrender after the destruction. The United States wanted to avoid the invasion of Japan through the land and by the Soviet Union. So, America dropped a nuclear bomb in Hiroshima, Japan.

A few years after the bombing, there occurred an increase in the incidence of leukaemia among the survivors. After a decade, thyroid cancer, breast cancer, lung cancer, and other forms of cancer were also observed at higher than normal rates. The other effects included Pregnant women subjected to the bombing experienced higher rates of miscarriages and infant deaths. The children who were exposed to the radiation whilst in their mothers’ wombs were born with intellectual disabilities, impaired growth, and an increased predisposition towards developing cancer.

The detonation of the plutonium bomb led to radioactive dust particles falling out of the sky around the site of the explosion. Water and wind currents carried the radioactive dust across a much larger radius, effectively contaminating the ground, water supply, and the food chain. The contamination spread among agricultural plants, aquatic creatures, and terrestrial animals. Scientists also expected the effects of radioactive contamination to remain in the environment and the atmosphere up to decades. At least 66,000 people were killed and around 69,000 more were injured in the explosion alone.

Hiroshima Day is observed annually on 6 August. Hiroshima Day 2020 marks the 75th year of the attack on Hiroshima. It reminds us of the bombing attack on Hiroshima and Nagasaki by the United States during World War II in 1945.  At 8:15 am on the morning of 6th August every year, people mark the exact moment when the atomic bomb was dropped. At that moment, bells ring out at temples, sirens wail throughout the city and the citizens of Hiroshima observe a solemn moment of silence in remembrance of citizens who died in the attack.