Every year on 15th August, India celebrates Independence Day. India became an independent country in the year 1947 from British rule. Each one of us is born free, dies free and wants to live free. India achieved its Independence with great struggle and effort. Several freedom fighters and many great men sacrificed their lives to achieve the nation’s freedom from the grip of British rule. The movement of independence in India was started by the Indian freedom fighters under the leadership of Mahatma Gandhi. 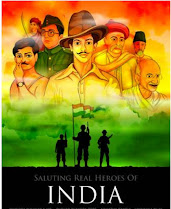 These freedom fighters endured a severe struggle in order to achieve the nation’s freedom. 15th August is celebrated with high enthusiasm in order to pay honour to our legendary freedom fighters, who sacrificed their lives for our motherland. Independence Day motivates us to love our country and be forever willing to sacrifice our lives for its honour and integrity. Being a part of such a beautiful nation one must not forget these sacrifices. We must honour and preserve the integrity and dignity of the country. We should maintain the slogan of unity in diversity.

There is a saying that if you want to see change then first change yourself. Because it always starts with us. Freedom is not only a privilege but it is the duty of each and every being of the nation to respect our motherland. We can truly enjoy freedom when we will be free from social differences and many ill practices which happens in the nation. This should not be motivated at any cost. If you expect equality then you should be capable to give equal treatment to everybody. So you must give respect to take respect. On this note, I wish you a very Happy Independence day. Let's spread positivity and peace all around.