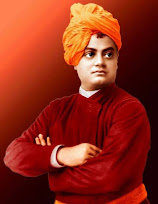 September 11 was the day a Hindu seer, from the most ancient order of monks in the world, unveiled a grand vision of religion before the world. The monk was Swami Vivekananda, the place, the city of Chicago in the US, and the year was 1893.


Vivekananda’s words caused a stir in the audience. He introduced the idea of religious pluralism in Parliament: “I am proud to belong to a religion which has taught the world both tolerance and universal acceptance. We believe not only in universal toleration, but we accept all religions as true.”

Quoting the Bhagavad Gita, he made a passionate plea to abolish religious intolerance: “Sectarianism, bigotry, and its horrible descendant, fanaticism, have long possessed this beautiful earth. They have filled the earth with violence, drenched it often and often with human blood, destroyed civilization and sent whole nations to despair. I fervently hope that the bell that tolled this may be the death-knell of all fanaticism.”
Of course, 9/11 is also remembered for another “counter-attack from the East,” the destruction of the twin towers of the World Trade Center in New York City by the Al Qaeda suicide bombers. After hijacking US jetliners, they crashed the doomed planes, full of innocent passengers, not just into the twin towers, but also in the Pentagon.

Here we come across two different realities.
One a person who spreads a message of hatred and the other person who is an Indian monk and he spreads the message of tolerance and humanity. Here I do not want to quote any religion. But I believe that no religion is more important than humanity. Nobody could be a perfect human being which is agreed to a great extent, but humanity should be in the flesh and blood of every human being on this planet. I believe that intolerance and fanaticism should be rejected by ourselves from within then the rest of the world could be a better place to live.