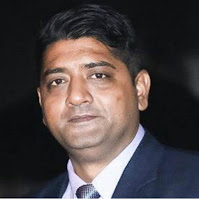 As I narrate this incident from a few decades back, it brings back the memories of the fine moments carefully carving the future steps of an adolescent.

We all have been involved in some form of malpractice at some stage of our lives. Probably more susceptible at an age when peer pressure is high, and fake pride is at stake—the chemical reaction within playing havoc and giving very little room for reasoning.

Mathematics was never my cup of tea, and I dreaded the books, class and of the teacher. I had somehow managed to tackle the book and the embarrassing moments in the class, but not the teacher. He too had taken an instant liking to me I guess, as I had become his favourite punching bag over a period of time. I was getting tired of his sarcasm and frankly waited for every class to end sooner.

Trigonometry and I had a very confusing relationship. But we were taking time to understand each other. I was confident that this topic would save me from the bouts of sarcasm thrown at me. I was sure I would be able to sail through due to this topic. However, the next mathematics test was to test many of us. Little was I to know that it would be testing my Mathematics teacher, my Housemaster and the ethos of the renowned public school. Grappling with the last answer and struggling with time, I requested my friend to bail me out with the last question.

The day of the result arrived, and as the teacher distributed the papers back, I heard my name being called out. With a know all look over his face and the confidence of snaring his prey spread across, he questioned my honesty in solving the last question. The question brought forward no response from my end as I could smell a rat too!

Soon I was going through a sermon on honesty and integrity. I could, in fact, envision my mathematics teacher as Gandhi, convincing me to tread the path of righteousness. Thought-provoking examples were thrown at me, and I bit the bait when I was told that “Honesty would be respected, and consequences would not be worked upon”. As I began to own up, I could see the Gandhi avatar taking back the shape of my mathematics teacher again. The skin, colour, demeanour changed in a fraction of a second, and the paper with “Yellow Card Recommended” (Yellow Card - YC - was the highest punishment given to an offender, this was handed down by the Headmaster of the school) was handed over to me as my reward for being an honest cheater.

Feeling, confused, humiliated and fooled, I walked down the staircase to inform my Housemaster. I had got into trouble before, but it had never been in this way. I was worried as I knew that my Housemaster would tolerate a trouble maker but not a cheat. I mustered up my courage and handed over the paper with my fate scribbled across. There was no hint of anger, despair or dejection on his face. He read the note, and his eyes searched my face for the truth. Probably an experience gained over a period of time.

“Did you do it and did you admit to the mistake you made?”; was the only question. It came as straight as his straight drive we had seen. I explained and confessed to cheating and also that I had admitted to doing it publicly too.

The paper was taken, the matter was never heard of again. I went on to make more mistakes, but I never cheated after that. The mirror of my mistakes was never shown to me, and neither he rubbed it in to make me feel small. My every mistake was dealt with differently, and I was held accountable for the present.

In a day, I witnessed two very different approaches. One teacher, who could not walk the talk and the other who gave another chance to reform me. One who was ready to punish me for my honesty and the other who respected me for being brave enough to admit my mistake.

Maybe the story would have been different for me; today had my Housemaster not searched for the truth on my face and had gone on to believe the paper.

Such is my HM, whom I deeply respect...Mr RP Devgan.

- Amit Jugran is the Principal at Mussoorie Public School and is currently experiencing the Joy Of Learning at the Learning Forward India Academy.