According to ‘Science of Honesty’ psychology study, telling the truth in a situation where one is tempted to lie, can significantly improve a person’s mental and physical health.

Honesty is not just about telling the truth. It’s about being real with yourself and others about who you are. It’s the easiest thing you can practise to be happy and get respect. 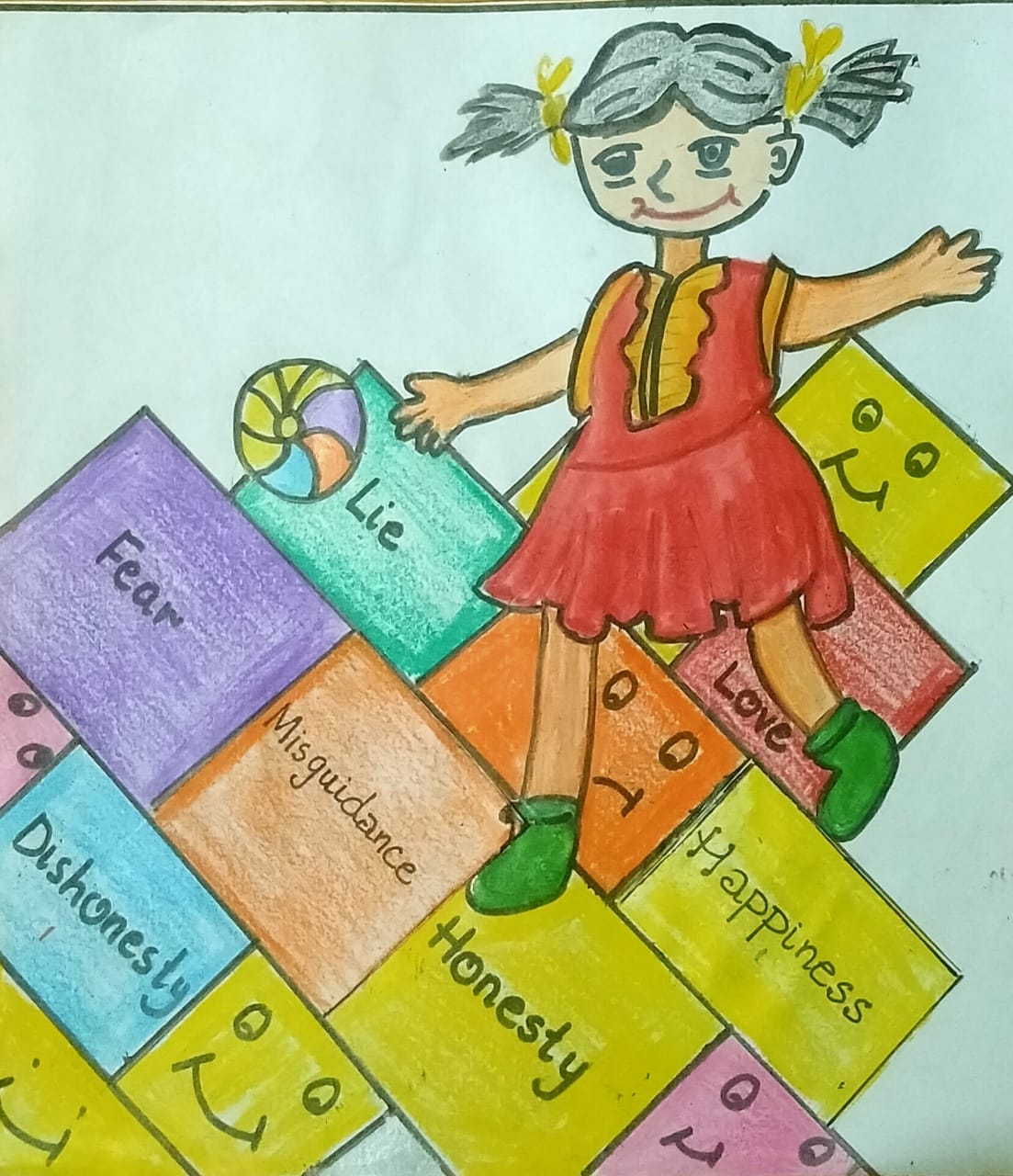 Respect is not a gift. It has to be earned! It is also reciprocal. What we give is what we get. When we respect humanity, we automatically respect humans.

While all of this is true, both these values hold different meanings for different people in varied situations.

As part of one of the school’s inter-class competitions, we change the class display board every month to increase general awareness and encourage creativity. Students participate actively and work hard to make their class boards attractive. A few years ago during one such competition, a teacher reached the school early morning and was shocked to see that the display board had been tampered with. The damage was huge! The items were torn and thrown on the ground. The same incident repeated itself the following day. This upset her a lot. That’s when she thought as to who could be behind all of this and why? She had a word with all the classes and asked them to confess. Nobody admitted anything; instead, the children started accusing each other. Once again, she discussed the matter and promised them that whosoever admitted the truth, would not be punished. Later that day, one student came and confessed. He felt that this board made by the other class was better. He wanted his class to win as they had never won before. She asked him why he had not spoken the truth earlier? He replied that he was naturally afraid of being punished. But when he was honest about it with her, he realized his mistake. The teacher respected the child for revealing the truth, and he too felt better.

In a similar incident, a student spoke bad words about a teacher as the latter was stern with her. Instead of scolding, the teacher had a relaxed conversation with the child about the situation and tried to understand her emotions. It was this respect for another person’s views that the child finally apologized and could trust the teacher even better.

As adults, we do not give a chance to the children, to be honest. We react, not respond!

Another teacher’s experience with RESPECT was wonderful. At her workplace, the seniors respect everyone’s opinions, are approachable at any time of the day, and are open to changes. This has changed her approach to work in a positive way. The way humans speak, listen, and react, determines the respect quotient from the opposite side.

Respect can be taught to children by being good role models. When adults respect their choices, sit with them, and explain things, good things can happen. This is how the child’s abilities to do better can be improved. The elders can magically change their mindsets and let them blossom into beautiful humans. Age is never a factor as far as respect is concerned. It is for all, and it’s unbiased. Respect is an echo.