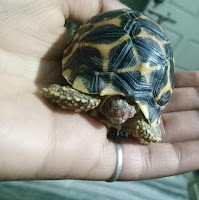 Every person's nature and behaviour is not the same. Every human being also has different qualities. There were many scientists, many of whom were suffering from dyslexia, that means that even though they were really intelligent, but they could not express their intelligence. This does not mean that they did not express. They fought against it and overcame their problem.
If you do not succeed in life, if you fail the exam once, then you should not give up; instead, you should try again.  Next time you can get better success than before. Accept defeat, and you should work hard again without giving up, you should not change your goal by looking at the problems, but you should change your ways of working hard by finding the reasons for which you are failing, which can lead to easy success.
Always try hard like the spider who at last succeeded in weaving his web. The tortoise took up the challenge against the hare and slowly and steadily won the race. So, don't give up, it is better to be late than never.
Kusum Dangi
The Fabindia School
kdi@fabindiaschools.in