1. Not willing to admit 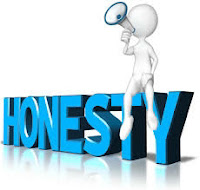 Five years ago one instance happened when I was the class teacher of class 5, and we use to give stationery to the students from the school, and by the end of the day, they collect and leave the stationery in the class. One morning I saw that some of the stationery was missing. I asked them but no was willing to admit the fault. This went on for few days. I was distraught to see that. I decided to put some good values in my students. I told them about our inner voice which stops us from doing wrong things, and I told them the story of ‘A Golden Axe’. They listened to it carefully. Then I asked them if you have done something wrong that will show dishonesty then tell me.
First, they started looking at one another. I took them in confidence, so they started admitting their mistakes. Suddenly a boy got up and told me that how and when he had stolen the things from the classroom. I was happy to hear that. Instead of scolding him, I praised him for telling the truth in front of the whole class.
2. Dishonest due to fear
Once there was a girl in my class. She always used to be dishonest in the class. Whenever she was asked for her class test notebooks, she uses to tell a lie. The reason behind her dishonesty in her behaviour was carelessness, and maybe she got scared, and one more reason behind her dishonesty was that her parents were also not able to spend time with her. 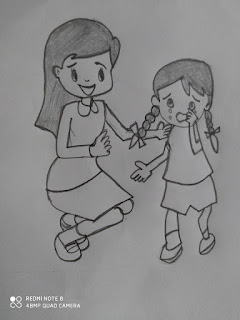 3. Jealousy and cheating
Two best friends used to spend most of the time together. One of the friends was intelligent and used to get appreciation from the teacher. The other friend was an average student. He never gets appreciation from the teacher. He feels sad when his friend was praised in the class. After some days the school planned to start the exams and called everyone to take their admit card and also informed that without this, you will not be able to appear in the exam.  The friend who was an average student got an idea due to jealousy to hide his friends admit card so that he will not be able to appear in the exams, so he did.
When the friend was not able to find the admit card, he rushed to the teacher. Everyone started searching for it. Also, the teacher made the announcement that if any of the students have taken it, please returns it back to him. But every student refused.
Suddenly one of the students told the teacher that I saw his friend stealing it from his bag. The teacher called him and searched himself in his bag, and she got it. The teacher then explained everyone not to steal things due to jealousy.
“Honesty is truth-telling and truth-speaking. It takes strength and courage to admit the truth”.

B. This statement is true that you must show respect to earn respect in a classroom. Respect is something that is a two-way process.  When we give respect to someone, we expect the same from them. This happens in a classroom also. Children also expect respect from their teachers. I want to highlight this with a story.
One day I was taking attendance in my class. While calling out the names, I dropped my pen down. A child sitting just in front of me saw that I dropped my pen . He came and picked up my pen and gave it to me.  In return, I said thank you to him. He smiled and returned back to his place.  After that, I explained to them the value of 'respect ', and from that day, they started using it in their day to day lives.
Achievers JMMS @ John Martyn Memorial School, Salangaon, Dehradun - Sweta Thapli, Meena Kukreti, Jyoti Joshi, Nisha Pundir