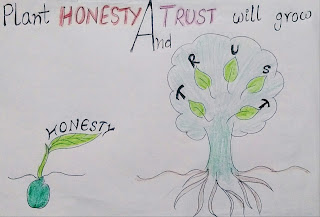 Nothing ever goes away until it teaches us what we need to know. When we hear the word Honesty the first thing that comes to our mind is Truth. No lying just speaking the truth. Honesty is not just about telling the truth. It’s about being real with yourself and others in your words and actions.
Honesty sharpens our perception and allows us to observe everything around us with clarity. As educators if we look at the classroom situation, there had been many instances when the child had lied or had been dishonest with us. The most common lies that we hear are usually regarding homework.
Honesty builds Trust
One of our teacher recalls an incident. It was the last day of submitting the work and the students were to be allotted grades. One of the students came up to her, saying that she has completed the work but could not find her notebook. The teacher thought that the child was giving excuse and might have not done the work. But the child was sure on her words that she has done the work. When the class was getting over, a boy rushed into the class and handed over a notebook to the teacher. He was the brother of that girl, and by mistake, he had taken her sister’s notebook. The teacher opened the notebook and saw that the work was done. She was happy to see the honesty of the girl and how she was true to her words. 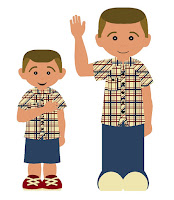 Honest intentions in speech and actions gains the attention and respect of others. It was an exciting day at the school as the school was preparing for the Christmas celebration, which was on the next day. The class teacher of Class 3 was in the staffroom and was counting the gifts for her class. Two packets were missing from the box. She was taken aback as she had just packed all the gifts a few minutes ago before she went to the library. She searched everywhere and then straight away went to the ground where the students were playing. She asked all of them if anyone had gone to the staffroom as it was near the playground. The students replied NO, as she was going back, one of the student shouted ‘Ma’am, Anuj and Rohit went to get the football and came back very late.
The teacher called both of them and asked others to continue with their play. Rohit looked worried and spoke up that when they were coming back after taking the football, they saw the door of the staffroom was open, and nobody was there so, they both went inside and saw the gifts. Anuj took out one packet and asked him to take one, and then they both quickly ran back and hide the packets in their bags. The teacher was shocked but was also pleased to hear Rohit's honest confession and asked them to return the gifts. She also told them not repeat this again in future.
Children often get attracted towards things and indulge themselves in stealing and in hiding the actions they follow the path of dishonesty. Children can learn through our actions and  roleplays that stealing is bad and dishonesty is the worst habit. 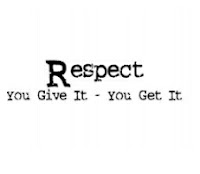 “Respect is a two-way street, if you want to get it, you’ve got to give it.” - R.G. Risch
Respect is the most important value taught to us. If we want to receive respect we should first start by giving respect. Respect is not for granted or given, which comes with a high position, respect must always be earned. In class, room respect plays a significant role. The respect should not only come from the student’s side but also from the teacher’s side. The teacher and student both should understand and acknowledge each other’s dignity. 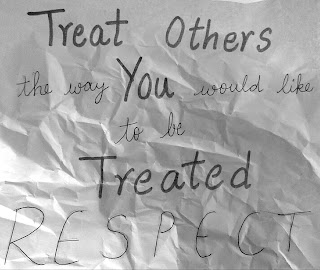 There was an incidence when a student was being rude with the teacher. The teacher could feel that something went wrong as he had never shown such kind of behaviour earlier. It was found out that the boy had been scolded for a mistake which he had not done. Soon the teacher found out that he was innocent and had been wrongly blamed. The teacher realised her mistake and apologised to the child. The child also apologized as he had no intentions of disrespecting the teacher. He just wanted to justify himself. A sorry doesn’t make you feel low or down on your character. On the other hand, it is the best way to show your concern and respect towards another person.
The teacher should make sure to listen and encourage each student’s opinion. Respect is a very important pillar of development in a classroom environment. It is only when the students respect the teacher would they follow and trust the teacher. When the students learn the value of respect in school, they continue to follow the principle of respect in their life further.
Tarang JMMS @ John Martyn Memorial School, Salangaon Dehradun - Neelam Bhardwaj, Dolly Pharasi, Shalini Gurung, Laavanya Joshi