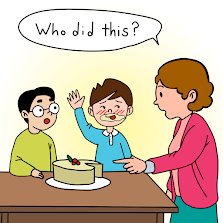 Amidst trickery and moral turpitude, incidents related to honesty restore our hope in good over evil. So, it did when the manager at Woodland Store in Delhi, Kohat Enclave branch, returned an envelope of INR 48,000 to me that I forgot at the counter while shopping for my son. I was fumbling through my purse to look for the credit card to make the payment, and that is when I accidentally took out the envelope containing the money and left it at the counter. It was only at night when I had to go home to catch the night train to Dehradun, and I wanted to give both the kids money, and I noticed that the packet was missing.

I went back to that area even though I wasn’t very hopeful. Despite the late hour, Woodland was open. I entered the store and asked them if they had found any packet. I could see the relief and smile on their faces. They told me that they had kept the store open anticipating the customer to return looking for the envelope. After asking a few questions regarding the envelope’s details, the manager handed over the envelope. I profusely thanked them and took out some money as a token of appreciation, but the entire staff refused to take any, saying they were only doing what their call of duty expected them to. I understood that their conscience would never let them do anything wrong.

I wrote a note of appreciation and later sent an email to their country head talking about the entire episode of leaving the strain of honesty intact. Honesty and respect are interlinked concepts. The above incident earned so much goodwill and respect for the staff of that store. To date, I never miss a chance to go back and show my gratitude to them.

We, as teachers, should strive to articulate expectations about academic integrity and the consequences of cheating. Explicit norms and expectations stating that dishonesty is not an acceptable trait should be laid down. Let us create a culture that rewards success beyond grades. If students are also rewarded for their honesty, hard work, determination, and respect for teachers and peers, they shall begin to value the process of learning. This kind of culture fosters academic honesty and discourages plagiarism.

As a little child, I was made to do this activity from The Abraham Lincoln Center for Character Development to instill honesty, which has left a lasting impression on my mind.

1. Head outdoors with the kids and hunt for a spider’s web, watch how a bug becomes entangled in the web, catch a fly, put it in the web to see what happens, or find a video online of that occurrence instead. The more the insect struggles, the more entangled it becomes. If you are fortunate, you might even see the spider come and wind the bug up in a more sticky thread.

We all make a conscious effort to instil ethical standards and practices in our children. However, they take time to imbibe the same and do tend to falter occasionally (don’t we as adults?!?!). We should forgive their mistakes, resulting in self-realization, and help them take corrective measures. Once they have realized their mistake and borne the consequences, I am of the firm opinion that we should not judge them on their past moral failings. Our intention should be to correct the wrong and not the doer. The intention should be to use dishonest behaviour as a teachable moment. Teach them to be candid with a fault. The students should be taught to introspect, reflect, and learn from their behaviour. We, as teachers, should be instrumental in helping them transform as better human beings. They will turn into young men and women who shall hold their teachers in high regard for placing their trust in them. I vividly remember several students who have become exceptionally ethical, principled gentlemen of high integrity.

I always give the example of Abraham Lincoln as the epitome of honesty. To many kids, and even some adults, Abraham Lincoln remains “Honest Abe.” Lincoln was far from a perfect individual. He possessed human flaws and made many mistakes in his life, as we all do.  However, he learned from his mistakes and learned to compensate for his shortcomings. He honed and practised and developed them daily, and so should we. Powerful innumerable lessons from his life on honesty must be continuously encouraged and integrated into every fabric of society, and into both young and old. And let me pass along Lincoln’s own words on the topic- “Resolve, to be honest at all events; and if, in your own judgment, you cannot be an honest lawyer, resolve to be honest without being a lawyer. Choose some other occupation.”

I want to conclude with a piece of advice I gave to my tutorial group. The boys at the Doon School once asked me about the fine line between honesty and deception and how to ensure that they were treading the right path. I quoted from the famous collection ‘Letters from a Father to his Daughter’- “Let us make friends with the sun and work in the light and do nothing secretly. And if you do so, my dear, you will grow up a child of the light, unafraid and serene and unruffled, whatever may happen.”