Patience: The quality of being able to stay calm and not get angry, especially when there is a difficulty or you have to wait a long time.
Courage: The ability to control fear in a situation that may be a dangerous or unpleasant situation.
Definitions from Oxford Dictionary
साहस और धैर्य
साहस वह है, जब हम कोई भी कार्य बिना किसी डर के करने की हिम्मत रखते हैं और अगर हमारे मन में धैर्य होगा तभी हम किसी भी कार्य को साहस के साथ कर सकते हैं।.
It was our school trip to Mumbai. The teachers and the students were excited for the trip. We reached Mumbai, it was late in the evening, so we decided to take the children to the park so that they could play after a two-day long train journey. After about 45minutes, we told the children to stand in the line; headcount started. We found that one child was missing, we counted again and again and were tensed. We asked the students whether they knew where their friend is? Some of them said he went to the
washroom whereas others said he went behind the bushes. 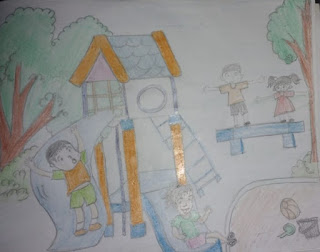 We all waited patiently but he did not return. Worst he had even left his identity card next to his water bottle, so one can imagine how fearful we were. Now children started to call out his name loudly so that he would hear and come back. Some children started praying to God. The situation became critical because it was getting darker and lights in the park were computerized and it went off. People around us such as the evening walkers, the park guards, vendors who sold golgappa, chat, vegetables etc. became concerned and started helping us in searching the child. Leaving the children with the principal ma’am, teachers went to look for the child in different directions.  We looked for him everywhere, but he could not be found. We called the police but their search was in vain. We, teachers, felt helpless and angry, on our decision to take the children to the park.
Principal ma’am was composed; she said, “Nothing, wrong will happen, God is with us”. When we all got impatient and scared, she stood firm in her belief and encouraged the children and the teachers to be positive. She was fearless and did not get angry. 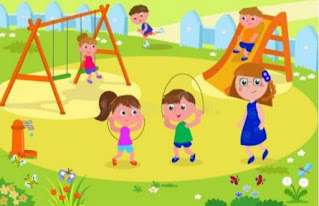 It was 9 pm, we suggested principal ma’am that two teachers with the children should go back to the guesthouse and give them dinner, and others can look for the child. So as one of the teachers reached the park gate, she saw two teenagers with a child holding their hands. Her heart skipped a beat. It was dark; she could not see their faces. She asked her colleague to look closer. The other one screamed with joy. It turned out to be our child. We ran towards his and hugged him tightly. We asked the child where he was in those hours, he told us that he found no one in the park, so he went out of the park looking for us. Those two teenagers were like angels who brought back our child. They found the child wandering on the streets. They helped him to find the way back to the park. On that day, we all witnessed the power of being positive in a negative situation. Ma’am tried to give us emotional courage by being positive. As Abdul Kalam says, “Patience is more than just having the ability to wait. It's about your attitude while you are waiting ".
Aspiration JMMS@John Martyn Memorial School, Salangaon, Dehradun - Renu Raturi, Sandhya Thadani, Sonali Sharma, Asha Bhandari