William N Bissell “I am passionate about Education...

‘WilliamN Bissell issell grew up in Delhi and later attended Wesleyan University in the United States. After graduating in 1988, Bissell set up an artisans' co-operative based on the Gandhianmodel, which involved working with "untouchable" leather workers in Rajasthan. In 1993, Bissell returned to New Delhi to help John run Fabindia’. WIKIPEDIA

Listen to William, he shares his passion for education with Sandeep. 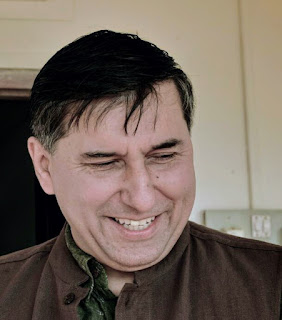 Sandeep Dutt in conversation with William N. Bissell, one of the co-founders of The Fabindia School (a unit of Bhadrajun Artisans Trust - BAT), he collaboratively developed the vision and approach of the school since its inception.  In addition to his unwavering commitment to the school, William is best known as a leading social entrepreneur and is the Chairman of Fabindia Overseas Pvt Ltd, a textile company started by his father, John Bissell, in 1960. After completing his B.A. from Wesleyan University in Connecticut, USA in 1988, William returned to India with the goal of working in the rural crafts sector to address economic development issues.  Living in Jodhpur, Rajasthan and travelling extensively throughout the state, William helped to form the BAT in 1988 which was initially envisioned as an artisan cooperative for leatherworkers and weavers based in Rajasthan.  After encountering a number of limitations in running BAT as an artisans' cooperative, he changed his approach and helped to launch a Jodhpur based company in 1990 called Desert Artisans Handicrafts (DAH) in which artisans over the next 6 years became shareholders. DAH has grown to witness tremendous success for its artisan members whereas BAT has become solely focused on education, with The Fabindia School as its only project. 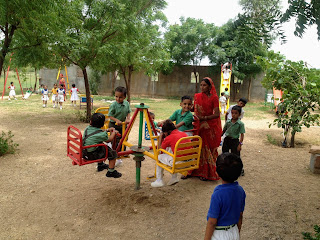 The Fabindia School's mission is to provide access to high-quality education for boys and girls at the rural level using English as the medium of instruction. The school views primary education as a major stepping stone towards social mobility, equality and employment opportunities. Since its inception, the school has been committed to encouraging education for girls. A co-ed private school for pre-school through Class XII, located in Bali Rajasthan, the school champions innovation in learning.
Photo of Mr William N Bissell courtesy Neha Parmar

You will love the stories shared by our happy teachers and passionate educators. We grow your people's capacity to improve student achievement and transform your school into a culture of trust and collaboration in less time with fewer resources. Each person in your school contributes to the culture of your school. School culture is built on the actions and interactions of the people. You make your school stronger by adding value to others and making others feel valued.

If you would like to feature on the Learning Forward Podcast, share your story by email with Sandeep Dutt LF@ebd.in