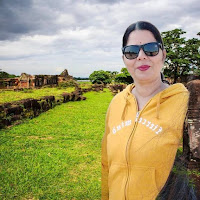 March is the third month of the year. It has 31 days and is named after Mars, the Roman god of war.
Why Is March Called March?
The name March comes from the Latin Martius or Martius mensis, after the Roman god of war, Mars. In ancient Rome, this was also the month when armed conflicts would resume after the winter months.
● Latin - Martius mensis - Month of Mars
● Old English - Martius
● Middle English - March or Marche
When March Was the First Month
March has not always been the third month in a year. In early versions of the ancient Roman calendar, the year began with March or Martius. Because the month coincides with the time of the March equinox and the beginning of spring in the Northern Hemisphere, where the calendar originated, March was considered to be a month of new beginnings.
The months of January and February did not feature in earlier versions of the Roman calendar. They were added to the end of the year around 700 BCE and became the first months of the year around 450 BCE, pushing March to its currently held third position.
Courtesy - https://www.meanddate.com/calendar/months/march.html
Kusum Sharma
The Fabindia School
ksa@fabindiaschools.in