If we talk about the past, we have come across many incidents where unity has changed the course of the history of certain countries and at the same time there have been incidents where lack of unity proved to be a blunder for others.

The American Revolution, the French Revolution, the Non-Co-operation Movement in India are the finest examples of unity; and history says it all that whenever people failed to unite in face of a foreign enemy, they have faced its consequences. For example, during the Turkish Invasion in India, the regional kingdoms did not unite which led to the establishment of the Delhi Sultanate. On the other hand, we also know that the Britishers were able to colonize the Indian territories due to the lack of unity among Indians.

With this context, the words of J.K. Rowling can be put in the best light that “We are only as strong as we are united and as weak as we are divided.” 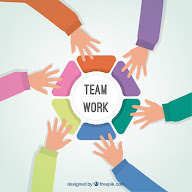 So, if we are fighting for a common cause or if we have a common goal, we cannot achieve it without unity.

Caring is paying attention to others, protecting others or being considerate. There are many ways through which we can show others that we care but I think the most important of them is taking out time for others.

If we link the above two values, we’ll realize that both go hand in hand. If there is caring, there will be unity or if people are united that means they are being cared for.

So, one should take out time for others, understand their problems, show them that they are being cared for. It will lead to unity……