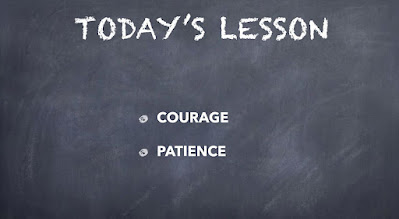 “Fear is a fundamental human emotion that can help us protect from danger and prepare us to take action.

Here I would like to share the story of Sujal, who joined the school three years back. He used to sit at the last desk in the class. He was not very comfortable sharing his response with the teachers. After noticing, I met Sujal’s mother in this context a month later. After meeting them, I learned that in his previous school, in his class, 55 students were there, and no personal attention was paid. Sujal used to sit on the last seat and also had a short vision. His math teacher was very harsh and used to run the syllabus fast. Sujal had never matched his speed, so he kept lagging behind. His work remained incomplete, and he even got corporal punishment from the teacher. He kept telling his parents that he would no longer go to school. So, his parents decided to change his school. His mother burst into tears after narrating this incident, and also, the whole scene of corporal punishment was running before my eyes. I promised to help this child the best I could and requested my colleagues support him in overcoming his fear.

Patience is not the ability to wait but to keep the right attitude while waiting. In today’s scenario, students quickly lose their patience in the classroom. Here I would like to share the story of one such student Manya of class VII, a very restless and outspoken girl. Her response in the class was good. Manya was in the habit of passing the comments on to others whenever reading was done in the classroom. She used to intervene by saying that she would do the reading alone and not give a chance to other students. Even though she was in the habit of disturbing the teacher in the class by passing small comments like this boy is saying this and that to me. Thus, the whole teaching environment in the class was disturbed by her. Many students in the class had written a letter regarding her behaviour and requested to take action against her. One day I called Manya and gave chances to others. She was responsible for class monitoring and helping the weak students to come ahead.

How did/will you deal with the student? If it was a real-life situation, were they successfully helping him/her overcome their problem?

Yes, it was a real-life situation in both cases. To help the fearful children, the following steps were taken:

To help the impatient child:

Courage and patience are very essential values not only in teachers but in our life also. These two values will help us to attain our teaching goals. As we know, patience usually wins in the end. A student needs to be courageous enough, and a teacher must be patient for effective teaching.