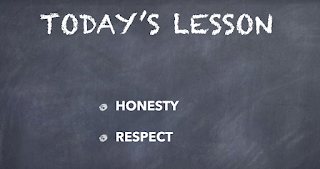 A. What are the most common instances of dishonest behaviour shown by students in class? Pick three such examples and try to analyse the reasons behind such behaviour.

Dishonesty comes from not only students but parents also. I have encountered some of these instances, which I am mentioning in this essay. One of my students, X, was tampering with her test scores due to her family pressure. Her family expected her to score well in exams, but she performed poorly, changed her scores, and was caught. Her parents did not accept that she could do something like this, but later, when they showed proof, they were distraught with their daughter.

In one of the instances, the parent was found supporting their child while he was lying to his teachers. The kid wanted to go on a family vacation to Mauritius with his parents and therefore submitted a fake covid report to the school, which his parents approved of. He bunked school for the trip and gave an unreal excuse that was fully supported by his parents. In some situations, not only the students are dishonest, but they also have the full support of their parents to lie to the teachers and the faculty.

In another instance, one of the kid's friends made a prank call to me, stating how bad the kid was and listing many negative points. He talked to me as a family member of the kid and said some nasty things about him. I immediately caught the kid lying and called his parents to tell him about his son's endeavours. His parents denied that their kid does not have my number, which is not valid. All the parents and kids have a teacher's number who teaches them.  B. How far is it true that you must show Respect to earn Respect in a classroom? Give an instance where you saw this play out.

Mutual Respect is a value we must adopt to live in a society. Moreover, Respect is essential to interpersonal relationships and personal identity.

There have been numerous examples of receiving and reciprocating Respect in a classroom scenario. However, I vividly remember one of them. Once while I was teaching grade 8, a student of mine volunteered to solve a question on the board. While I watched him solve, I kept cross-questioning him at every step of the solution, thinking why would he use a different method which has never been taught in the classroom. Before he could finish solving the question, I stopped him and asked him to use the usual way of solving the question. The child sat back in his seat politely, saying, "okay, ma'am." The next class had started as the bell rang, but the thought was never-ending, hovering in my mind. After researching and solving the question with a different method, I came to a realisation of understanding my student's perspective. So, when I returned to teach the same class, I apologised and told him that none of the methods was wrong. Just as we all are individuals, we look at things differently. We all have different perspectives, and there are no correct or incorrect answers. The lesson I took from this incident was mutual Respect, how the student politely and respectfully sat down on the chair without answering, and how I realised my mistake and apologised.