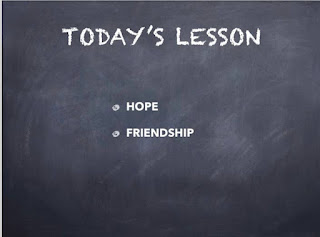 Student loneliness due to lack of friendship may seem like a predictable phenomenon, especially when living away from home. However, it is a serious epidemic that is spread worldwide. The cause of this can come from potentially obvious and surprising sources, which can lead to devastating changes in student behaviour.

One of the reasons students these days are under anxiety and depression is that they are becoming hopeless due to losing confidence in themselves. It is one of the significant issues in student life that people fail to understand.

I once had an incident with a hopeless and friendless child.

There was a child who had been promoted to class 9th with flying colours. He was a well-behaved student with a good academic score. But he suffered a setback after coming to senior school as 9th standard is a class with an increased syllabus and subjects. He had scored bad in some of his main subjects which had led him to lose confidence in him and become hopeless. Due to this he stopped talking to his friends and used to be upset all the time.

Eventually he lost all of his friends and had a behaviour change in him. He also stopped with his hobbies too. One day he was sitting alone in the library and I had a light conversation with him. He talked a little but was not fully open with me.I got to know that he had lost his hope. So I asked him about his hobbies.He told me that he had a keen interest in cricket.

We talked about cricket and I noticed that he had good knowledge about the sport. So I took him to play cricket. We played for an hour and the coach really liked his  game. I suggested his name for the upcoming interhouse competition. He was a little relaxed and excited after the session. I talked to the house master too to give him a chance to showcase his talent. He agreed and decided to keep him. Though their team lost the match but he played very good. Everybody appreciated him for the way he played.After this, he got a little relaxed towards his studies and gained a little confidence in him again.

His behaviour started improving and he reconnected with his classmates as he got praised for his game. I kept on talking to him and encouraging him in his small victories too.

This way, we can help many students and encourage them to perform better and not lose all hope in them. We should support them in all their victories, even the smallest of them.