India’s New Companies Bill Expected To Boost Mergers With Foreign Firms, Mandates Social Welfare Spending:
The bill also requires every company, which has a net worth of 5 billion rupees (almost $82 million) or more; or a turnover of 10 billion rupees or more; or net profit of 50 million rupees or more during any financial year, to spend at least 2 percent of its average net profit earned during the three immediately preceding financial years, every year on social welfare programs.

“Strictly speaking, the CSR (corporate social responsibility) requirement in the new bill is not mandatory, because there are ways out for companies, who can cite compelling reasons to avoid earmarking 2 percent of their profits for social welfare programs,” Christopher Krishnamoorthy, an associate partner at Majmudar & Partners, an Indian law firm based in Mumbai, told IBTimes.

“On a personal level, I find the CSR spending requirement unusual, and I am not aware of  similar laws internationally, apart from tax-breaks and incentives provided toward CSR expenditure. The Indian provision is akin to a sort of tax,” Krishnamoorthy said.

The Bill is expected to be enacted to a Law shortly after the President signs the same.
'via Blog this'
No comments:

Catalogue and Order Form for The Duke of Edinburgh's International Award

Welcome to the catalogue of materials from The Duke of Edinburgh’s
International Award Foundation (the Foundation), available through
The Award Scheme Ltd (ASL), our trading arm.

Several of these items, as well as numerous other promotional and
operational materials and resources are available to download free
of charge from www.intaward.org.

Link to the online catalogue

Saloni Murari had begun applying to British universities in January. A few days ago, she suddenly dropped her plans to study overseas this year.
“With the rupee falling so fast, I’d have had to shell out much more. I have put my plans off till September next year; I hope the situation would have improved by then,” said the Delhi University graduate and MBA hopeful.
The rupee has lost about 13 per cent against the dollar since January, when Murari began working on her plans.
A one-year MBA course in a British university costs £12,000 to £17,000 in tuition fees while accommodation and other bills can come to between £6,000 and £10,000.
Saloni said Britain’s recent move to introduce a £3,000 cash bond for “high-risk” Indians (and some others) applying for six-month visit visas had worsened the problems for students.
Read more...
No comments:

Students to create Mumbai's noise map - The Times of India: "MUMBAI: Students from two south Mumbai schools will record decibel levels during the upcoming festive season and post the figures on a social networking site to create a noise map of Mumbai.

The students of J B Petit and Navy school, on Friday, got lessons on noise pollution. Noise levels are expected to hit a high during the season.

The kids, who study in classes IV, V and VI, learned how to measure noise levels using an application on their or their parents' smartphones. "Phones and gadgets excite kids. What better than creating awareness among them about noise pollution by using phones," said Sumaira Abdulali, convenor, Awaaz Foundation, which conducted the session at the schools. The students learned to download the app and use it to record noise levels.
'via Blog this'
No comments:

It has been very difficult last few days for Indian students. US, UK and Canadian intakes are around the corner and the rate at which the Indian rupee has lost value, it has ruined the plans for most Indian students already... It is time for institutions to step in and help out the students who […]

Get skilled and earn reward of Rs 10,000 from the government

“It is a sort of subsidy for people who are able to get proper skills,” Planning Commission deputy chairperson Montek Singh Ahluwalia said at the launch of the scheme, called student training and assessment award (Star).

The government estimates to skill a million youth with an annual cost of Rs. 1,000 crore. “I want to assure there will be no shortage of funds if more youth gets skills for employment in the industry,” Finance Minister P Chidambaram added."

'via Blog this'
No comments:

Proud to be a Tata Scholar

Proud to be a Tata Scholar
It is one of the oldest trusts in corporate India. The J N Tata Endowment for Higher Education is 112 years old. From students wanting to go abroad to pursue medicine, law and humanities, the changing times has the trust being flooded with applicants wanting to go abroad to pursue computer science. The endowment set up by the late Jamsetji N Tata ... to lift up the best and most gifted so as to make them of the greatest service to the country, has over the years nt had many wanting to return but stay put in greener pastures.
Read on...
No comments:

Union Finance Minister Shri P Chidambaram unveiled the National Skill Certification and Monetary Reward Scheme that will be implemented on pan-India basis, in New Delhi today. This is a first of its kind scheme to be launched in the country. The scheme was first proposed by the Finance Minister in the last Union Budget to allocate Rs 1,000 crore for a scheme that will motivate the youth of this country to acquire a vocational skill. The scheme is expected to benefit a million people in the first year of its implementation.

The scheme that is branded as STAR (Standard Training Assessment and Reward) for promotional purposes envisages that a monetary reward that will in essence financially help those who wish to acquire a new skill or upgrade their skills to a higher level.

Launching the Scheme, Shri Chidambaram said that the government is committed to improving the skills of the youth in the country. The STAR scheme that is being launched today is yet another proof of this government’s commitment to leaving no stone unturned in achieving the National Skilling Mission target. Shri Chidambaram said that during 2004-05 and 2009-10, 20 million jobs were created in the country and unemployment rate declined from 8.3 percent to 6.6 percent.

He said that with the advancement of technology, the youth need to upgrade their skills for better opportunities. The Minister assured that for skill development of our youth, money will not be a constraint. Shri Chidambaram emphasised that assessment and certification should be based on rigorous norms for ensuring true value to it. He urged the youth of the country and all key decision influencers like parents, teachers, mentors and employers to come forward and make best use of the benefits of this scheme. Shri Chidambaram also presented medallions to three winners of the World Skill Competition (WSC).

Union Finance Minister P. Chidambaram launched the National Skill Certification and Monetary Reward Scheme here today. Union Minister for Rural Development Jairam Ramesh and Deputy Chairman, Planning Commission Dr. Montek Singh Ahluwalia will also present on the occasion.
This scheme is likely to benefit about one million young men and women in the next 12 months. Chidambaram had first announced the scheme in Parliament in his budget speech for this fiscal, and set aside a provision of 1,000 crore rupees towards this.
He said the National Skill Development Corp will set the curriculum and standards for training in different skills and any institution or body may offer training courses. Upon completion the candidate then has to take a test conducted by authorised agencies.
In his Independence Day address yesterday, the Prime Minister Dr. Manmohan Singh promised a new scheme soon, targeting some one million beneficiaries, under which trained youth will get some form of financial assistance.
'via Blog this'

India brings down the max limit on forex purchase from $200K to $75K, a year. WHAT IF… India puts restrictions on foreign exchange for overseas study!!! | RLS's Blog

India brings down the max limit on forex purchase from $200K to $75K, a year. WHAT IF… India puts restrictions on foreign exchange for overseas study!!! | RLS's Blog: "Today is INDEPENDENCE DAY and one of the few days in a year when all of us feel proud of relatively young nation. However, this morning, newspapers talk of the RBI’s increased restrictions on foreign exchange for resident Indians. It prohibits purchase of properties overseas and also changes the limit of forex use from $200,000 a year to a much reduced $75,000 per year. (See newspaper article here)"

With 12 DIFFERENT FESTIVALS to choose from and as many as 2,500 different events on offer, some simple planning will help you make the most of your Edinburgh Festivals experience. Whether you’re looking to visit in August, Edinburgh’s most action-packed month, or at another time of the year this section contains key information for anyone planning a trip to the festival city.
Be sure to make use of the ITINERARY tool on this site, which you can use to put together a day by day plan of action complete with walking or driving directions between venues.
FESTIVAL VIDEO 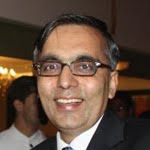 Bhadrajun Artisans Trust (BAT) Advisory Board Members
A diverse and talented group of advisory board members are dedicated to creating a visionary school which continues to be a model for high-quality rural education in India. Sandeep is the BAT Chairman, visits the area frequently and is working to build the school from 'good to great'.

Over the years Sandeep has addressed students and young people in over 100 schools and colleges; attended workshops, conventions and policy groups. Leader for young people on outward bound / adventurous journeys, travels around the worldÂ  to empower people.
Read more The Fabindia School

YOUth can make all the difference in the world

YOUth can make all the difference in the world - Academy - DNA
India has one of the largest proportion of population in the younger age groups in the world. So, it wasn’t a surprise that on International Youth Day a good number of young people turned up to celebrate the day, sending an appeal to the youth of the country to change the mindset of its people and empower themselves for a better tomorrow.“Youth are the future. Fifty per cent of India’s population is youth as compared to 48 per cent in Japan,” said Kumar Iyer, British Deputy High Commissioner.Rajiv Chandran, national information officer, United Nations Information Centre for India and Bhutan addressed the youthful gathering, asking them to start unlearning discrimination, reduce stigma and abolish all kinds of discriminatory practices.Focusing on the issue of youth migration, UN Secretary-General Ban Ki-moon’s message was read out on Monday evening in which he mentioned that “of the annual total of some 214 million international migrants, young people constitute more  than 10 per cent, yet too little is known about their struggles and experiences.”
No comments:

42.6% of young, urban Indians believe corruption is the biggest challenge - Hindustan Times
the spirit of community service is not completely lost among the youth;  42.2% of the respondents said they had donated books or clothes to the poor. One-third of the respondents from Kolkata have given food to the homeless. Delhi’s youth came out on top (32.3%) among those who had participated in a cleanliness drive in the past one year even though almost 40% of Kolkata’s youth confessed to having littered. Only 11.8% of the youth said they were guilty of drinking and driving while 21.6% confessed they had broken traffic rules in the past. So while serving society may not top the agenda of the urban youth, their acknowledgement of what they are doing wrong is a sign that there is hope for change.

According to the HT-MaRS Youth Survey 2013, 46% youth in India log onto the networking sites daily. In 2012, 35.1% of the respondents had said that they accessed the internet at least once a day.
Interestingly, this year’s survey shows that when it comes to accessing social networks, there is not much gap between the percentage of users in metros and non-metros. It’s Pune (59%) -- not Delhi (52%) or Bangalore (55%) -- that tops the table in this segment. Even Ranchi and Indore are at a healthy 40% and 48.6% respectively.
Read more...
No comments: