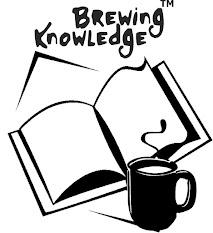 We returned again with enthusiasm for reading with our passionate teachers who can change the learning process; we read the chapter's Freedom to Perform; What Education Does; School Bell; and Going to School. While reading these chapters, we have come up with lessons that can change learning and the education process.

Reading Freedom to Perform, we discovered we can get an education, we are made independent, why can't children be free to perform and excel at their own speed?

We learned that learning and sky have a similarity, that there are no limits. When we question, we understand. In the new chapter, What Education Does, we answer what well-educated means. Everyone should read it and get the idea 'What education is and Why?' But, my favourite and it could be yours also is the School Bell.

I think MBA would be made after some of this idea and how it gives the management criteria and a bell is not lonely; it is always with its memory. It's captain yeah  A bell has its' bell captain ' every school has, And 'Going to School' is the answer to why we go to school and learning never stops after school or in life.

That's how we have completed our journey in the first month of January.
Coming soon, on the last Sunday of February, we read:

- Learning: From Isolation to Collaboration

- Teachers Travel With You All Your Life

- Personal and Social Development At School

The community reading program helps inspire you by reading and reflecting, sharing examples of where children and adults in real life are using values and is very useful to stimulate discussion and philosophical debate. The Joy Of Reading Program is only one part of our Life Skills Program - Reading, Speaking and Writing.

On Sunday mornings at 11.00 AM, you can join us for live reading sessions. Best you attend with a copy of the book and experience the Joy of Reading.  #ReadToLead

Be The Change - Sunita Mehta

This episode has been published and can be heard everywhere your podcast is available.
My Good School presents Joy Of Reading.
The community reading program helps inspire you by reading and reflecting, sharing examples of where children and adults in real life are using values and is very useful to stimulate discussion and philosophical debate. The Joy Of Reading Program is only one part of our Life Skills Program - Reading, Speaking and Writing.
On Sunday mornings at 11.00 AM, you can join us for live reading sessions. Best you attend with a copy of the book and experience the Joy of Reading.  #ReadToLead
Post the session; the readers may want to reflect and share real-life experiences. Our blog www.JoyOfLearningDiaries.com helps them express themselves in writing, audio, video, graphic, poetry, or how they experience the joy of learning. 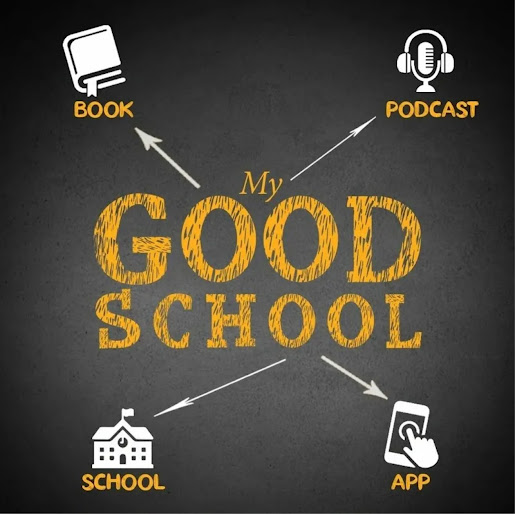 Focus is on the 6 C's: 1 Critical thinking; 2 Creativity; 3 Collaboration; 4 Communication; 5 Character; and 6 Citizenship. 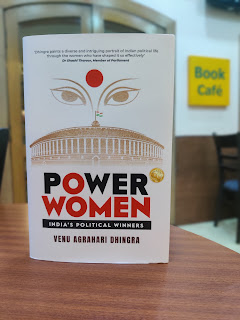 Politics, by its very nature, is controversial, and when a woman takes part in it, she becomes controversy's favourite child.

"Power Women - India's Political Winners" chooses to focus on the upsides of women in politics and highlights the excellence the women leaders have achieved in Indian Politics with their grit, guts, and glory.

Women, unlike men, work harder more sincerely to make a mark in politics with the boldness of her inner Goddess  "Durga".

These women protagonists have come from all walks of life - some with legacy and some without it - but they reached the highest echelons of Indian Politics and became the President,  Prime Minister, Speakers, Chief Ministers, Union Ministers and Members of Parliament.

This book narrates the inspirational stories of these torchbearers - 16 women political leaders of India, retracing the hard work they have to put into every field of life, especially politics. Indian democracy,  the biggest in the world, has given equal chances to men and women from all walks of life to make their mark in politics for the nation. The women mentioned here made their mark in their own inspirational ways, working for the country and their gender.

Highlighting the achievements of the country's women leaders also paves the way for inspiring more women to join the country's mainstream politics. It covers 16 women politicians across decades and different parties, past and present, who entwine together to weave a womanhood fabric. The 'Durga' aspect of each woman is a common thread, which these remarkable women have in them and used with brilliance to move ahead in life and outshine in the political world. The information collected has been a year's work of research and dedication. Some of them have been written about posthumously. This book is a culmination of deep introspective analysis from various online and offline media.

My tryst with politics began with being born in a politico-business family. My father was the Mayor of Allahabad (now PrayagRaj) and Member of Parliament twice from Banda and Allahabad. While growing up in a house frequented by many stalwarts of Indian politics, including three former Prime Ministers of the country -  Shri Atal Bihari Vajpayee, Shri VP Singh and Shri Chandra Shekhar, it was the women in politics who intrigued me the most. Whenever I accompanied my father to a rally, one thing that struck me was the plight and fate of my gender and what the female politicians did to make a change. I closely observed that women politicians worked harder because politics has traditionally been male-dominated and still is in many countries. The voices of women leaders resonated with me, and I believed that I could be an agent of change too. Seeing them overcome prejudice and voice their opinions fearlessly in the world's most prominent democracy seat inspired me to reflect on Women Politicians in India.

The book is available on Amazon.com, Kindle, and The English Book Depot.
Price Rs. 500.00 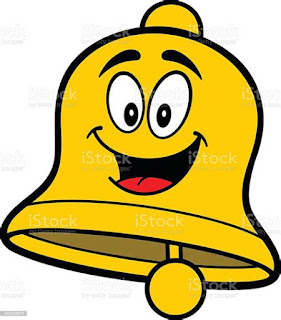 Courtesy: istockphoto.com
Hi! I am a school bell. The one you must have in your school. I don’t think I need an introduction; you all already know me well, but I am very kind, as you know.
I will tell you about myself. I have a circular shape. I have an exquisite colour‘ golden’. I make a beautiful sound to say to students and teachers that the next period will start. So I am helping many people.
I am a very hardworking bell. I always make a sound at the correct timings. Whether in a thunderstorm or earthquake, I am always on duty. The best part is that the children love me, especially in the last period!
When I make that ringing sound, the students rejoice as they will go home, knowing that because of me. I hope you know me well now.
Rishona Chopra
Grade V
Gyanshree School

NB Do read the Chapter School Bell: The First Lesson In Management, from the book My Good School, by Sandeep Dutt. We met the last Sunday to read at our community reading program. https://www.brewingknowledge.com/p/blog-page.html